From tornadoes rampaging through the area to fires that can take over the plains, to extreme winters that rival the poles, Southern Illinois has no shortage of potential disasters that can shape the landscape, but few are as powerful, or as rare as the chances of an earthquake in the Midwest. 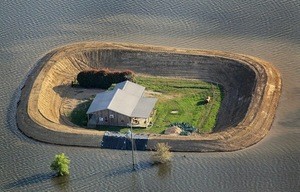 While most people in Midwestern states don’t even realize it’s there, the Mississippi River valley is essentially a giant fault line that is a part of the New Madrid Seismic zone.

This area has traditionally been uninhabited for much of the major quakes that have happened, but now there are millions of people living in the area.

The power of the New Madrid fault line is such that it can cause extreme and irreparable damage to the homes, businesses, industry, transportation, and even ecological footprint of the area.

The Mississippi River alone is capable of extreme fluctuations that can devastate any and all settlements on the floodplain as it already is, but a major earthquake disturbance of the New Madrid fault would be simply catastrophic.

History of Change Along the Mississippi

When most people think of a river, they imagine a meandering flow of water that always ejects in the same spot as it lazily deposits silt along its path. 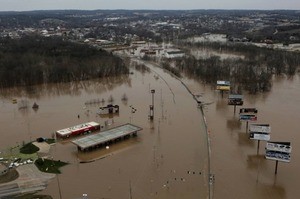 While this is true in most regards, it isn’t always so simple. Over the course of time, rivers shift not only in their pathway to the body of water that they empty into, but on rare occasions they will even reverse course.

In 1812, a fault in the New Madrid seismic zone caused a section of the bedrock along the river to uplift and form a temporary dam that then sent incoming water in the opposite direction along with mass flooding at the confluence.

While events like this are rare, they do happen, and they will undoubtedly happen again too. It’s really only a matter of time before it occurs again, and since it has been more than two hundred years since a major quake along the fault line, that time could even be now.

Reversal of course also isn’t the only way that change along the great Mississippi can seriously affect those its banks border in the areas around it.

The meandering nature of the river has also cut off portions of towns and cities like Kaskaskia Illinois along its path to finding the least resistance.

Essentially Kaskaskia was completely devastated by the change in flow of the river, both from a flooding standpoint as the entire town was underwater when the alteration occurred, but also from the aftermath of being a community that isn’t on the river any longer and the economic devastation that followed.

The Mississippi is always changing and it always will, but now that we are armed with information about how it might occur through earthquake activity and changing floodplains, we have a better chance at knowing what to expect when it does. 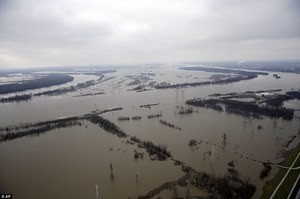 Some current river analysts portend that the future of the Mississippi River might be more about what it isn’t than what it is.

Put more simply, many river researchers think that the future of the river mouth might be in the Atchafalaya Delta and not the Mississippi at all.

These two river systems already approach one another with extraordinary proximity and frequency, and when the main bulk of the water switches over as it is eventually predicted to do, there won’t be any changing course at that point.

At the moment the only thing stopping this from happening already is the Morganza Spillway and the Old River Control Structure which are essentially cuts in river bends, and open pathways that allow runoff to spill from the Mississippi into the Atchafalaya basin.

During Hurricane season, and extreme rain events, these pieces of engineering are put to their limit, and if they fail even once, the river will never be the same again, and the main bulk of water will transfer to the Atchafalaya instead of the Mississippi and this would have dramatic and likely devastating effects on agriculture, transportation, industry and even massive flooding for everyone along the river.

Have you seen the seismic zone of the New Madrid fault? Did you even know it existed?